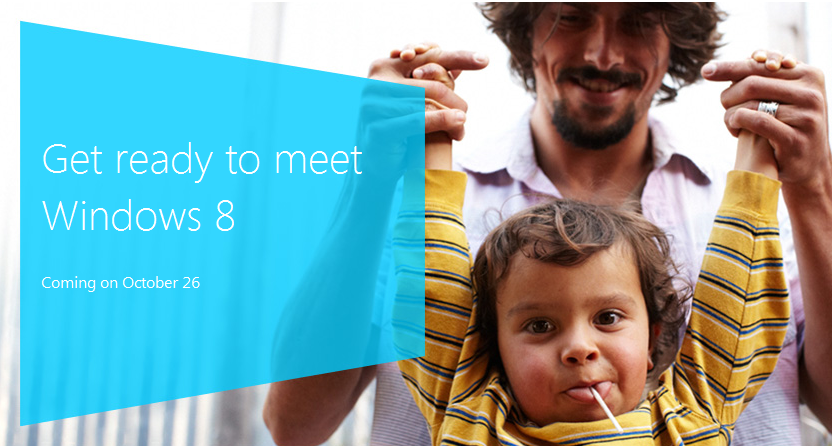 Agreed .. that is not a big news anymore and I can bet that no one is going to stand in the line at stores Microsoft is prepping up for this release.

I have received Windows 8 RTM two months ago and started playing with it on my Athlon2 machine whis equipped with Dell ST2220T multitouch display. As much I don't like windows 8, i have to admit that Windows 8 works lot better with touch screens than Windows 7.

That being said, will it succeed? Well... time will tell that.. but my gut feeling is that it is going to be another Millenium/Vista story. They changed the User interface so much.. that there is no Start Menu and Taskbar.. primary identities of Windows.. and surprisingly.. there are no more windows in Windows 8 anymore. Everything is like a freaking wall in a mall.. full of display which u cant look beyond. (Well you can run the app called Desktop.. to get your windows back.. that is a patch work to make users feel better). Instead Windows 8 has tiles. May be it's time for Microsoft to rename it to "Tiles".

They assigned touching each corner has an meaning. When there is a menu with name and descriptions over 80% of the people are confused, I don't think anyone is going to remember where to touch (or hit with mouse pointer) keeping that in their memories. Good luck to those customer service staff who are going to explain over phone.

Another big concern is that, business just started adopting Windows 7 and now Microsoft rolls out a completely redesigned OS with very confusing editions. I can't imagine any business with right mind will go for it. Just due to the immense re-training required for users to even flip between running applications. And I have not even discussed the topic application compatibility, VB6/Legacy apps, etc.

While those are my frustrations for over 2 months of playing with it on a touch screen, I found several positive aspects of the OS too. Even on a machine this old, Welcome screen comes up under 10 seconds and login takes another 10 seconds and the machine is pretty responsive. I still couldn't understand the need for welcome curtain though.People are begging for this kind of quick startup since the beginning... and let's hope that SP1 or other update wont slow it down.

Why I CC’d You on this email

Results of an anonymous survey on why people CC people in the organization.

I used to believe that Crystal Reports is the best report building platform available and it used to hold true until Crystal Reports was taken over by Business Objects and started tinkering around to fit it's enterprise reporting platform. It got heavy bloated and unstable. Performance in a winforms app became horrible. Crystal Reports XI was a disaster. They even had to release the software and called it XI-R2. In that version they even tried to embed flash based reports. I still could not get a rationale around it.. I still don't get why that feature is required at the expense of everything else. Now coming to the point why on the earth SAP want to kill Crystal Reports? They are moving the location of updates every time they release a new version and Google doesn't index their downloads area. So I thought of posting few these locations in the interest of fellow developers - Ordered by Descending Crystal Reports 2011 Support Packages http://scn.sap.com/docs/DOC-27201

For a regular user of Office365, they can simply click on the button on Power Automate and create the automation they would like to have and occasionally they stumble on premium modules and get frustrated. for the most part, things go very smooth and a savvy somewhat technical user will automate some parts of his/her life. For developer, an infrastructure professiona l  working on Azure, things get little messy. You end up seeing a lot of similar sounding choices among identical yet completely different services. Making a choice is super confusing. we come across these questions often and honestly there are no straightforward answer. Here are guidelines for an IT org so they can make some choices. Again, there are no right or wrong choices… it’s all perception of concepts. Azure Logic App Designer Power Automate Designer They are exactly same tools serviced from different platforms with different licensing models. This is to provide similar capabilities for different audiences with qui