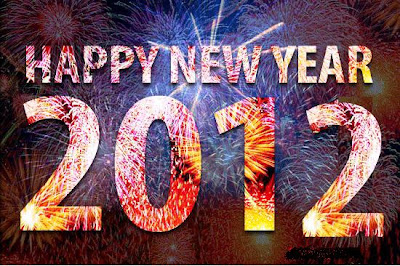 2011 has been the "Best" worst year. It is best with respect to nothing bad happened, and worst in the sense of nothing good happened either. Markets moved violently but closed for the year pretty much where they started. Dollar moved up and down but stabilized where we began. Gold took a roller coaster.. but reached it's starting point. Job market at times was scary, but ended up pacifying. Overall nothing changed much except the negativity in people's thinking, which is being reflected via media outlets. Political ground looked shaky, but every calmed down as we are approaching serious election season. almost all of the presidential candidates are now using softer tone.

Judgment day didn't happen on May 21 and world did not salvation on October 21.

In the mean time relax.. every thing will be fine... enjoy the New Year.


Wish You all an Exciting New Year.

Why I CC’d You on this email

Results of an anonymous survey on why people CC people in the organization.

I used to believe that Crystal Reports is the best report building platform available and it used to hold true until Crystal Reports was taken over by Business Objects and started tinkering around to fit it's enterprise reporting platform. It got heavy bloated and unstable. Performance in a winforms app became horrible. Crystal Reports XI was a disaster. They even had to release the software and called it XI-R2. In that version they even tried to embed flash based reports. I still could not get a rationale around it.. I still don't get why that feature is required at the expense of everything else. Now coming to the point why on the earth SAP want to kill Crystal Reports? They are moving the location of updates every time they release a new version and Google doesn't index their downloads area. So I thought of posting few these locations in the interest of fellow developers - Ordered by Descending Crystal Reports 2011 Support Packages http://scn.sap.com/docs/DOC-27201

For a regular user of Office365, they can simply click on the button on Power Automate and create the automation they would like to have and occasionally they stumble on premium modules and get frustrated. for the most part, things go very smooth and a savvy somewhat technical user will automate some parts of his/her life. For developer, an infrastructure professiona l  working on Azure, things get little messy. You end up seeing a lot of similar sounding choices among identical yet completely different services. Making a choice is super confusing. we come across these questions often and honestly there are no straightforward answer. Here are guidelines for an IT org so they can make some choices. Again, there are no right or wrong choices… it’s all perception of concepts. Azure Logic App Designer Power Automate Designer They are exactly same tools serviced from different platforms with different licensing models. This is to provide similar capabilities for different audiences with qui